Victor Billot was born in Dunedin in 1972. He has worked in communications, 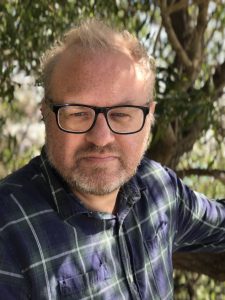 publishing and the maritime industry. In 2020 he was commissioned by the Newsroom website to write a series of political satires in verse. His poems have been displayed in the Reykjavik City Hall and in Antarctica. His poetry collection The Sets was published by Otago University Press in February 2021.

Billot comments: '"Rage Virus" was inspired by the following Washington Post news item from 2019 - "22 percent of respondents across 142 countries polled by Gallup globally said they felt angry, which was two percentage points higher than in 2017 and set a new record since the first such survey was conducted in 2006."'

Washington Post: 'Nope, it’s not just you: The world around you really is getting angrier' (April 2019)