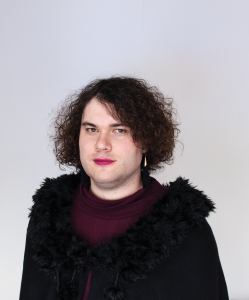 essa may ranapiri (Ngaati Wehi Wehi, Ngaati Raukawa, Tainui, Na Guinnich, Highgate) is a takataapui poet living on Ngaati Wairere land / they wrote a book called ransack that was published in 2019 by Victoria University Press / it’s still in the world / buy and read it if you want / thx goes out to their ancestors / who are as big as everything / bigger than capitalism and colonisation combined and will one day crush those systems into pieces.

ranapiri comments: 'I wanted to explore a lot of things in this poem, from how neoliberalism produces categories for oppressed groups just to use those accepted categories to hurt and control specific populations, to the way in which the justice system disproportionately targets and incarcerates Maaori people, with a general thrust reflecting the sickening idea that a lot of us learn about our tikanga behind prison bars. Simply put this poem is a critique of the prison system, a system that is racist and has long outstayed its welcome.'