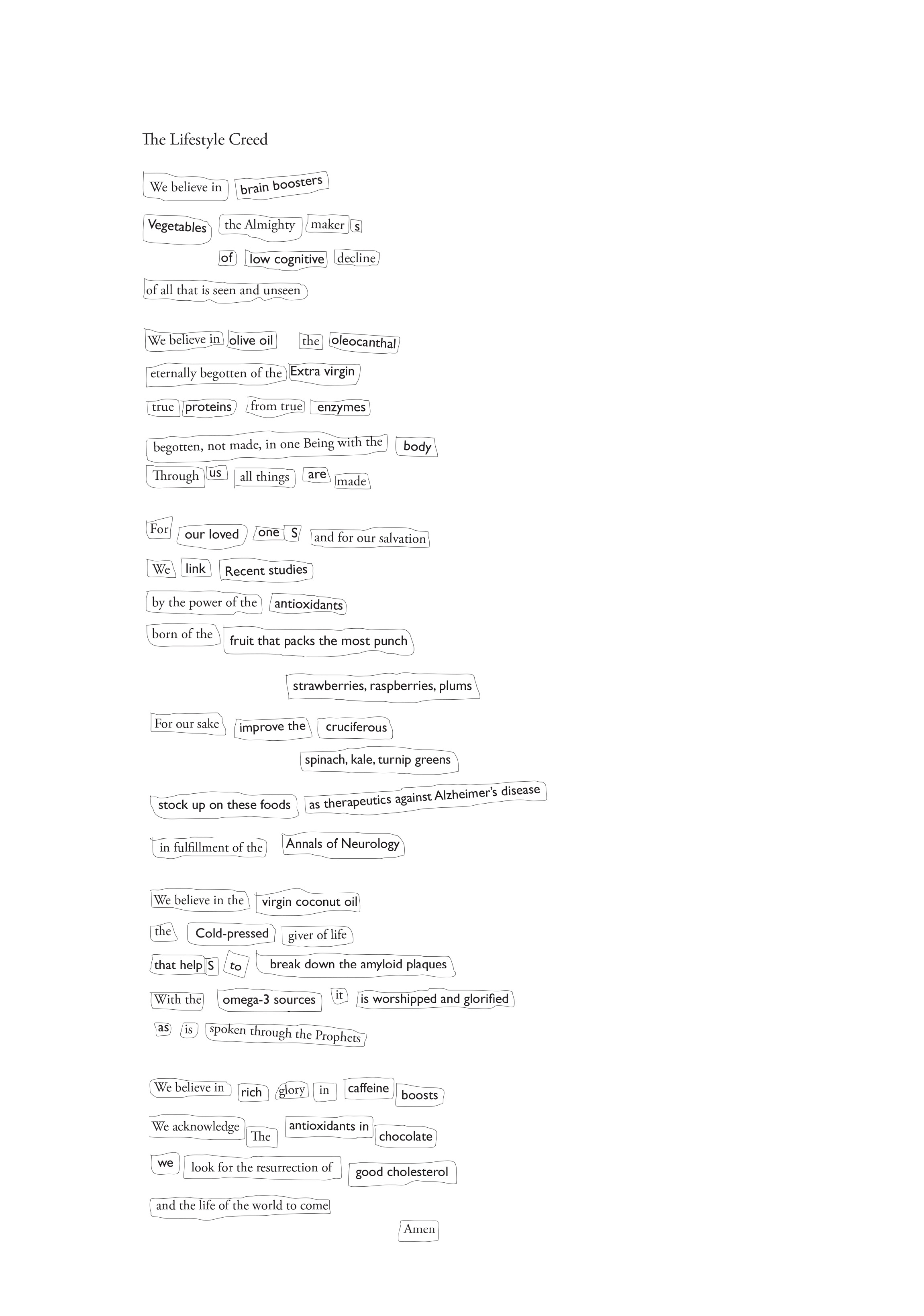 Liz Breslin lives in Hawea Flat. Her first collection of poems, Alzheimer’s and a Spoon, was published by Otago University Press in 2017 and listed as one of the New Zealand Listener’s Top 100 books. Her poems are journalled in Landfall, the Café Reader, Takahē, Bravado, Poetry NZ Yearbook and other places in New Zealand and overseas. She also writes plays, stories, reviews, articles and a fortnightly column, ‘Thinking Allowed’, for the Otago Daily Times. Liz is comfy on the page and the stage, was second runner up in the 2014 New Zealand Poetry Slam in Wellington, did a spoken word piece and a collated-audience-response poem at the 2016 TEDx Queenstown and came third in the Charles Causley Trust International Poetry Competition the same year.

Liz comments: ‘The Lifestyle Creed is a cut-and-paste of the Catholic Nicene Creed and nutritional advice found on the alzheimers.net blog. I printed both out in different fonts and cut out and arranged the words on a blank piece of card until I was happy with the look and the sound and the flow.

‘I’ve loved making poems this way ever since I read Adrian Henri’s poem, “The New, Fast, Automatic Daffodils”. It seems such a simple exercise, but it’s actually hugely constraining and liberating at the same time.

‘This one’s particularly satisfying for me because I grew up knowing the Nicene Creed by rote so I’ve enjoyed being able to transplant that narrative. And because it’s fun to unpack a faith, be it in a deity, or coconut oil or the sanctity of language. And as a piece to be performed, to get a resounding audience Amen.’