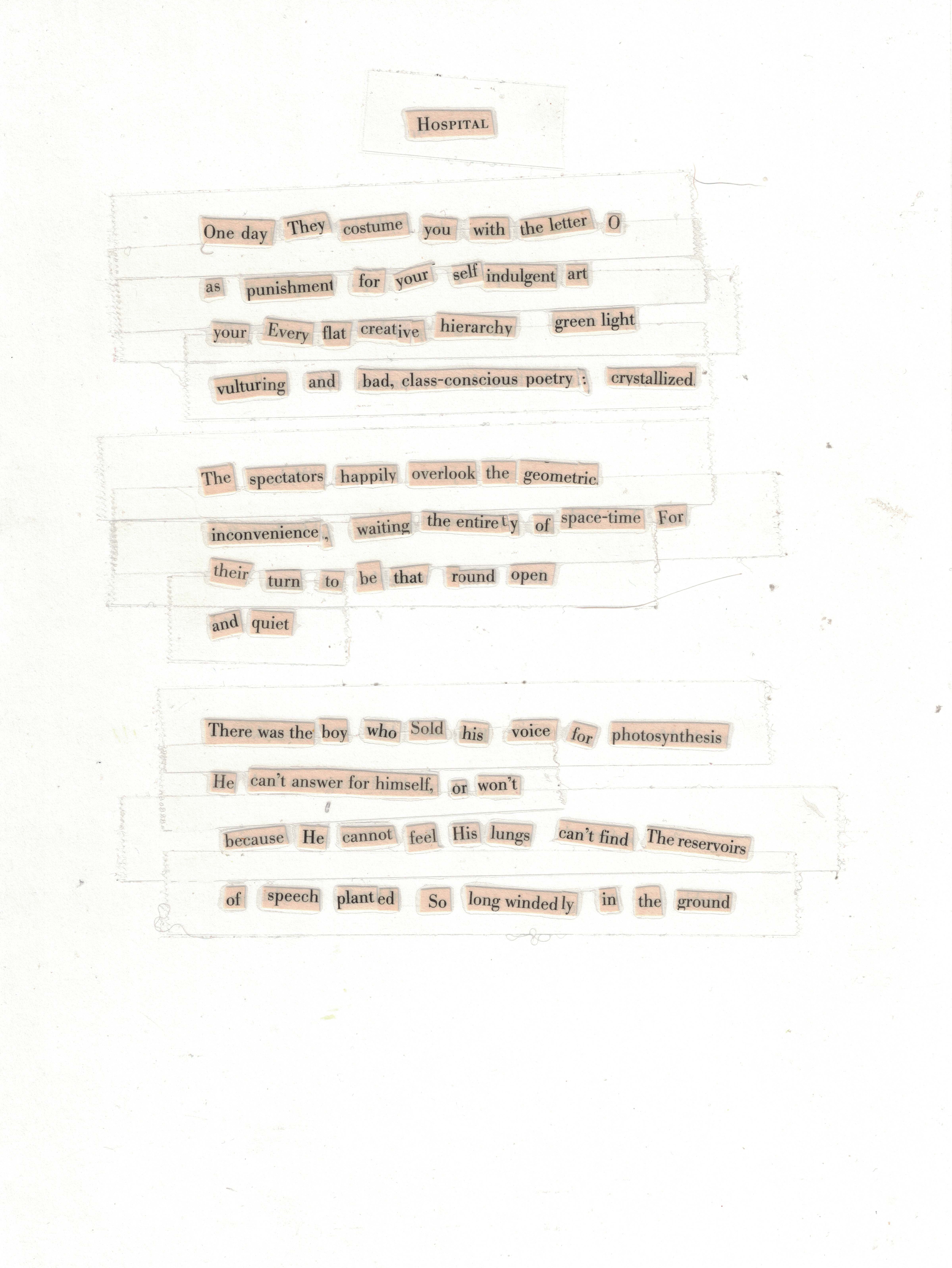 Annelyse Gelman makes things with text and sound. Her work has appeared in The New Yorker, Indiana Review, The Awl, the PEN Poetry Series, and elsewhere, and she is the author of the poetry collection Everyone I Love Is a Stranger to Someone (2014).

Annelyse comments: ‘“Hospital” is part of a project called Heck Land: The Resorted Text, a series of poems scalpelled from William Burroughs’ Naked Lunch: The Restored Text. This one is sort of a surreal, procedural ars poetica. I began this work in 2013 at the New Zealand Pacific Studio in Mt. Bruce, Wairarapa, where I’d been awarded a Lavinia Winter Fellowship. The poems themselves (there’s one for each chapter of Naked Lunch) look very different in person—they’re all mounted on projector transparencies, and are meant to be handled, stacked, flipped upside-down. Part of the idea was to make poetry that resists being wholly “text” or wholly “image.” A lot of them have dust, fingerprints, hair, bugs, and other artefacts caught in the tape. Action poems? In the tradition of much erasure and cut-up work, I’m interested in power, collaboration, and appropriation, how language “can’t help but mean,” and how the physical qualities of a poem (gestures that are normally hidden in drafts that no one ever sees) influence a reader’s experience. The process also speaks to the relationship between lexicon and voice: you’d think a poet’s most fundamental expression might happen on the level of vocabulary—here’s the poem I wrote, and here are the words I chose—but the seed of a poem that feels “true” to me will bloom even with a drastically limited lexicon. Language wants to access itself, to open up and relate.’

Links
Annelyse's website
Everyone I Love Is a Stranger to Someone