Often, in the midst of whatever, an image rises:
fields of cabbages on the Croatian coast, purple-black leaves
shading to green where the dense hearts peak.
I was a watcher on a bus, passing: a being previous to being spoken for.
This whole sheaf of pages is the speech of life after lives.

In this afterworld I find I cannot write what I used to write.
And also I should say, my mother is dead.
So long expected I had ceased to expect to grieve—
but chance, always, is a fine thing.
The tender passing and the tender growing
met and linked arms in my body.
At eight months pregnant, I found, you’ll cry at anything.
She died in the morning. We stayed. At six they came and took her away.
The metal and blue vinyl of the gurney said something utilitarian.
As I trailed the body I thought: I never have to live this smell again.

At Playcentre the earthquake drill is
fold over your child like a turtle and hold on,
or: fold over any child you can grab.
Whatever selfish instinct might operate,
the tables are too low, the doors too few.
We give ourselves up, bend bridge-wise
over small hearts that judder and fear.
My baby tied to my chest, I kneel, playacting.
One month post-partum, I find, you’ll cry at anything.
Weeks later I dreamed she was still alive when we buried her:
she called, scratched. I saw her face in the dirt.
We’re done, I said, we’re done! There’s no coming back from the dead!

It’s hopeless to include what’s really going on.
The poem can’t contain it. A friend says,
the brain can’t do it, paste
what happens to other families
over the shape of your own.
We are quiet for a moment and thankful:
our separate pairs of children ask only that we worry
in plain-wrapped parcels. They bring us the gifts
of domestic misbehaviour, small moral confusions.
They don’t wash up on beaches, drowned and symbolic—
though such thin happenstance holds this distinction open.
The mind shys off, pictures cabbages, great dusky pearls set in the dirt.
​ 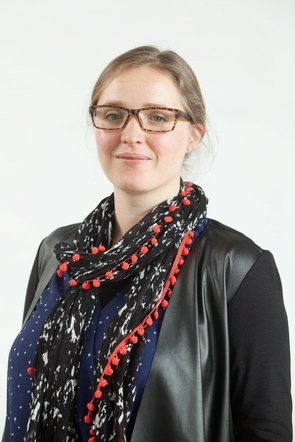