Somewhere in a poem by Mayakovsky he imagines his work being read in Heaven. The translation that I recall ends like this:

If you’re lucky enough to have friends who share your taste in poetry then you’ll know exactly what he’s talking about: that moment of finding something that really does it for you, when you can’t wait to get on the phone or on Facebook—or, better still, to hot-foot it over in person like Mayakovsky’s ‘ideal reader’—and compound the pleasure by hearing it echoed in the pleasure of the person you’re sharing it with. If you’re lucky enough to be invited to edit Best New Zealand Poems then you get to do something rather similar, but in a public forum.

And yes, selecting the year’s ‘best’ poems does feel a bit like playing God. Except that readers know by now that it’s not the Last Judgement, it’s just someone in a room somewhere exercising their own predilections as judiciously and open-mindedly as they can. I’ve tried to keep my ears open, and I’ve done my best to read patiently the kinds of work that are ‘not my thing’. But the ultimate test has been the hot-foot test. There are poems you respect. There are poems you know you ought to respect. And there are poems you very much want to like because you know and like the person who wrote them. Try as one might to filter out this kind of static, I doubt there are many editors who could claim to be entirely impervious to it. But there’s no poem I’ve chosen that hasn’t in some degree produced that active jolt of pleasure, the feeling that makes me want to own it, and share it, and to picture another reader hearing what I hear. Yep, that’s nice!

As I sat down to write this introduction I imagined having something to say about the state of New Zealand poetry. After all, I’ve just spent twelve months doing my level best to read everything that’s out there. But I discover that I’ve been reading less like a surveyor than a fossicker, picking up things that have grabbed my attention but with no particular sense of where I am in a larger landscape. I have a family of favourites but no overall census. I can’t produce a state of the poetic nation; I can only share (final metaphor) these tasting notes on the vintage of 2015, where I note inter alia:

that Joan Fleming is a poet with a project—not just someone making poems;

that Alexandra Hollis weighs everyday chatter for its exact quantum of style and grit;

that Dinah Hawken’s mindfulness is mightier than noise pollution;

that the wickedest problem in Hera Lindsay Bird is not sex but taste;

that Belinda Diepenheim has the gimlet eye of the naturalist;

that American import Bryan Walpert gives a masterclass in the conversational;

that for all her elegance Frankie McMillan sees the skull beneath the skin;

that Sarah Jane Barnett is a story-teller who thinks not just dramatically but ethically, and that John Dennison, likewise, impresses for being game to tackle big humanist subjects without bailing out into irony;

that Morgan Bach’s provincial dysphoria shimmers like a mid-summer migraine;

that Vincent O’Sullivan (as in the depressive gem included here) is writing as well as at any time in his enviable career;

that as other readers have concluded before me, Iain Lonie (1932-1988) is among the best of his generation.

On this subject, a brief footnote. Edited by David Howard, Lonie’s posthumous Collected, A Place to Go on From, easily passes the informal test of historical work that still feels like news in 2015. In fact, of everything that’s come through the mail-slot this year, this is the book I’ve spent the most time with. But there’s been all kinds of competition:

Brent Kininmont has had me laughing out loud with his slapstick, David Beach with his uprightness;

Steve Toussaint has had me scaling fish and loitering among the withered sedges;

Frances Samuel demonstrates that if you’re stuck in the middle of a poem the sensible thing is to call Mum;

Selina Marsh reminds us that the postcolonial is (as Simon During once said) a play of passions, and Bernadette Hall, that love will tear us apart (again);

Alison Wong gets lost in translation in a marriage market in Shanghai;

Greg O’Brien is a frustrated emissary in Nuku’alofa, but Ashleigh Young has better luck in Reno;

and Murray Edmond leaves us with a timely reminder: ‘Everything that is not there / matters more than what is.’

A great deal of verse is being published right now. My predecessor Vincent O’Sullivan figured 3000 poems and I can easily believe it. That it hasn’t been impossible is down entirely to my aiders and abettors in the Mansion on the Hill: thanks to Chris Price for the invite, and to Clare Moleta, Katie Hardwick-Smith and Hannah Mettner for everything else.

The rest, as the saying goes, is poetry. 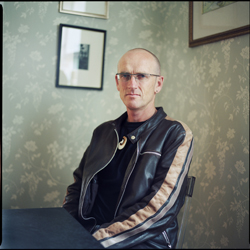 John Newton is a poet, literary historian and weekend musician. He is the author of The Double Rainbow: James K. Baxter, Ngāti Hau and the Jerusalem Commune (Victoria University Press, 2009) and three books of poetry, the most recent of which is Family Songbook (VUP, 2013). He can be heard around Wellington with his band The Overdogs.