Last year I joked, more accurately than I realised, that there are now more publishing poets in New Zealand than there are commissioned officers in our armed forces. And that was before I considered the three thousand poems that turned out for inspection in 2014. There’s at least a clarity if we’re just noting numbers. But talk of poetry may quickly fall into generalisation and defence of a corner, when it comes to poems that interest us deeply. We are always reading towards the elitism of our own taste, whether or not we quite put it like that. Geoff Page, the editor of the excellent Best Australian Poems 2014, wryly picks up on this when he writes, ‘Our time on earth is finite, and we are invariably hierarchical.’ It’s not a big step from there, of course, to the necessary corrective that we are always teetering on the verge of possible error.

Inevitably then, the discomfort other editors too have felt with that title, ‘Best Poems’. I wish it weren’t called that, because I have never heard a compelling argument to take it seriously. As a philosopher might say, it is a ‘category error’. Instead, what you have are twenty-five poems that I admired when I first came on them, continue to admire as I read them again, and am fairly certain that next time round they will still attract me with the particular kind of attention they give to how something is said, or for their technical elegance, or for the finally indefinable lift that good poetry provides. But let’s not make out that anything more definitive than personal choice is going on. One reader’s shortlist may be another reader’s rejects. Yet what a privilege, and a celebratory one, to be handed the chance to invite readers, ‘Look at these, look at their variety, their elan, their vigour—isn’t that something?’

You hope, as an editor, that a reader who likes poetry enough to read the selection you’ve put together will catch the tonal leaps and linguistic charge that first drew you to Emma Neale, say, and Anna Jackson, or the intellectual drive and focus of Cliff Fell and Caolinn Hughes, and the fierce politics impelling Dinah Hawken. Dozens of poems mine away at family and local histories, tilting the mirrors of the past to show us how the present was arrived at, but it was the verbal flair and penetration that so caught me in Marty Smith, or the deft move from adolescent distress to the generous sweep of adult perspective in Kay McKenzie Cooke. What most draws me back to certain other poems is the pitch and inflection that will not come to you in quite that way from any other poet; there can be ’only one who ever sounds like Peter Bland, or Michael Jackson, or Michele Leggott—writers who have tempered over decades their way to address and define ‘out there’. Or I’m held by how a poet takes on a particular form, how at a time when the challenges of metrical shaping are pretty much put aside, the possibilities of spoken stress and irregular lines are what most New Zealand writers opt for. And how grateful one is, too, when satire or levity is occasionally given a rare run, as with Helen Rickerby or Kevin Ireland. It was a pity that, with a few books—David Howard’s The Speak House, a long and intricate immersion in Robert Louis Stevenson’s last hour, or Alexandra Fraser’s Conversation by Owl-light—the grain was too fine to remove part of the text and still do justice to the impact of the total work. I hope I’m unlikely to have favoured a poem for the value of what it says as distinct from how the saying is done, as if I were a Victorian evaluating a hymn or a national anthem, or a voter assessing a party broadcast. And at times, as I read, there was that flash of the totally unexpected or, as Allen Curnow says, ‘something/Nobody counted on’. Rogelio Guedea’s poems in Spanish, with Roger Hickin’s pitch-perfect translations, quite simply bring something to our poetry that is new and important. The boundaries have been altered overnight.

It was a slow, long trek to arrive at this list, and one that, without oxygen, I’d not take on again. But it was something one seldom has the chance to do, to see so much of what poetry in New Zealand aspires to, up close. It’s almost absurd to think twenty five ‘takes’ might cover it. But they give you some notion of the terrain. 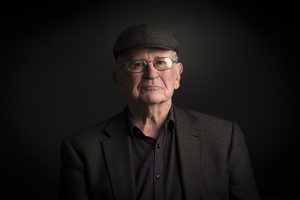 Vincent O'Sullivan is the 2013–15 New Zealand Poet Laureate. His most recent collection of poems, Us, Then (2013), and his most recent book of stories, The Families (2014), were published by Victoria University Press, and his Selected Poems will be published in April 2015. The two-volume edition of The Collected Fiction of Katherine Mansfield, which he co-edited for Edinburgh University Press, was published in 2013. Requiem for the Fallen, written with composer Ross Harris, was performed by the New Zealand String Quartet and the New Zealand Chamber Choir in 2014.