Edited and introduced by Anne Kennedy and Robert Sullivan 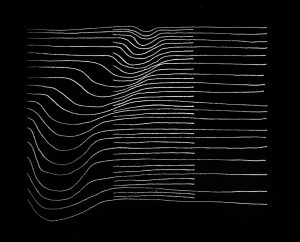 Kia ora tātou katoa. It’s a very real pleasure to be asked to edit Best New Zealand Poems 2006 especially since we are now located in Honolulu. Our thanks go to Professor Bill Manhire and the team at the Institute of Modern Letters for the kind invitation and the work each year they put into improving access to good New Zealand poetry.

Hawai‘i has a similar story to New Zealand’s, in that it’s culturally and politically relocating itself within the Pacific-Asia region. This dynamic state, with its diverse Hawai‘i community of Kanaka Maoli and those originally from Southeast and East Asia, and the American Pacific territories, remains firmly attached to the contiguous USA just as New Zealand, with its new and established communities originally from South and East Asia and the South Pacific, retains strong ties to Britain and Australia. The poetry in Hawai‘i reflects that ever-moving cultural dynamic while New Zealand’s published poetry which once mainly represented white writers, has gradually encouraged writers of Maori and, more recently, Pacific Islands’ descent. Asian New Zealand poets are emerging now too and we celebrate them.

In selecting this year’s Best New Zealand Poems we did our best to scout the diverse ethnic and intellectual communities that New Zealand poets belong to. Read on >