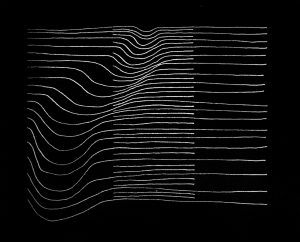 Ōrongohau | Best New Zealand Poems is published annually by Te Herenga Waka | Victoria University of Wellington's International Institute of Modern Letters. It aims to introduce readers—especially internationally—to leading contemporary New Zealand poets. The poems are chosen to show the vitality and range of current writing. We have shamelessly modelled this online project on the successful US paperback anthology, The Best American Poetry. Each year we publish 25 poems from recent literary magazines and poetry collections, where possible including notes about and by the poet, as well as links to related publishing and literary websites. In this way we hope that readers will be able to follow up fresh discoveries. There are plenty to be made. In this edition we’ve also added links to our 'Best' friends overseas, so local readers can easily locate the best of elsewhere.

Our thanks to Dr Mike Ross from the University’s Te Kawa a Māui for gifting us a te reo Māori name for the journal. As Dr Ross explains: 'Ōrongohau is a "new" word combination that attempts to convey a Māori perspective. It can be translated in different ways: your news/views/thoughts/feelings/ are heard; your fame [is carried] on the wind. It doesn’t make subjective judgements about quality, the wind can blow in from anywhere.'

Ōrongohau | Best New Zealand Poems continues to cross linguistic borders. Several recent editions have also been translated and re-published by Wai-te-ata Press in bilingual print editions for local and international circulation, with languages including Chinese, Italian, Samoan, Persian and French. The Press also aims to publish a translation of the current edition.

Our Ōrongohau | Best New Zealand Poems 2021 editor is Kate Camp, whose poetry collection How to Be Happy Though Human: New and Selected Poems was published in Aotearoa, Canada and the United States in 2020.

The 2022 editor will be Louise Wallace.

Bill Manhire is the founding editor, and was Series Editor from 2001-2010. With Damien Wilkins, he co-edited a print anthology, The Best of Best New Zealand Poems (Victoria University Press, 2011), which offers a condensed view of the first decade.

Ōrongohau | Best New Zealand Poems is published by the International Institute of Modern Letters and supported by a grant from Creative New Zealand, whose assistance we greatly appreciate. We remain grateful to the late Ralph Hotere (1931-2013) for permission to use his drawing for the first edition of James K Baxter's Jerusalem Sonnets (Bibliography Room, University of Otago, 1970) on our opening page.

The Best of Elsewhere

Ōrongohau |Best New Zealand Poems was established in 2000 by series editor Bill Manhire, taking for its model the venerable Best American Poetry series begun by David Lehmann in 1988. As far as we can tell, Best Australian Poetry (print) followed in 2003, Best Scottish Poetry popped up online in 2004 and Best Canadian Poetry (print) in 2008. (Best British Poetry was published in print form by Salt from 2011 to 2016.) These anthologies are a good way to keep an eye on exciting new poetry elsewhere in the world, and we encourage our readers to explore them via the links provided here.

Chris Price is a past editor of Landfall, has worked in publishing, and was for many years coordinator of the New Zealand Festival's Writers and Readers Week. She is the author of four books of poetry, most recently Beside Herself (2016), and co-edited The Fuse Box: Essays on Writing from Victoria's International Institute of Modern Letters (Victoria University Press, 2017) with Emily Perkins, and the 2018 Aotearoa / New Zealand issue of Poetry magazine (with Stephanie Burt and Paul Millar).

Chris convenes the Poetry and Creative Non-fiction MA workshop at the International Institute of Modern Letters. She took over series editorship of Best New Zealand Poems from Bill Manhire in 2011.

​Find out more about Chris Price on the IIML website, and her Auckland University Press author page.